HomeLocalThe lane law will be strictly enforced from next Monday
Share 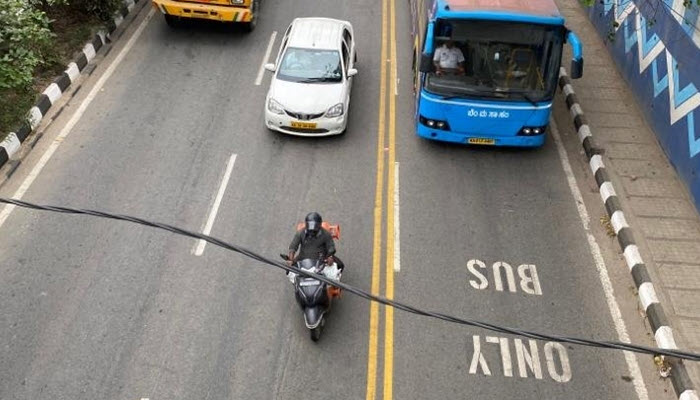 The lane law will be strictly enforced from next Monday

Police say that the law will be enforced against drivers violating the lane rules from next Monday.

Speaking at a media briefing held at the Police Headquarters today, DIG in charge of the Media, Public Relations and Information Division Lal Seneviratne said that this week it will be done only at the research level.

Accordingly, a fine of Rs. 2,000 will be imposed on drivers violating lane rules from next Monday, said DIG in charge of the Traffic Division Sumith Nissanka.

Police have asked motorists to drive in the designated lane to avoid traffic jams and road accidents.

This lane rule will be enforced from 06 am to 10 am tomorrow and the day after tomorrow targeting 04 main roads. The police said that no action would be taken during the two days as it was being held as a rehearsal.

However, the police said that action will be taken against those who violate the lane rules during the afternoon and tomorrow. However, the police say that this lane law is being enforced 24 hours a day throughout the country and that more attention is being paid to it in the morning and afternoon to make people comply with it.

250 police officers have been deployed to investigate the implementation of this lane law.